Why Does My Cat Throw Up So Much ?

Keeping a cat is everyone's favorite. Cats are amongst those loyal animals which always remain in debt to you. They love you to the moon and back if you give them proper care and attention. So, when your cat starts to throw up so much, it makes you worried, and you put yourself into a question; why does my cat throw up so much? 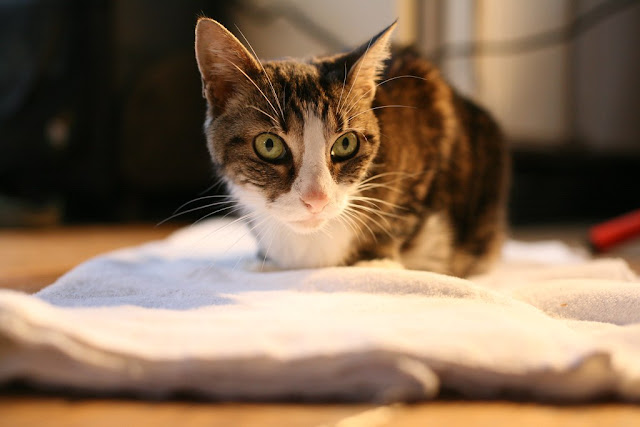 THROWING UP BY A CAT; A NATURAL PROCESS

A cat throwing up is not something unhealthy if, to a certain extent. A cat throws up if her body encounters any foreign object that is not good for her. Vomiting is a natural phenomenon that causes her body to get rid of the harmful substances. The most common thing is her hairball, which she takes in by mistake.

WHEN DOES THROWING UP GETS HARMFUL?

Throwing up becomes harmful if your cat throws up repeatedly in a single day. Also, if your cat throws up consecutively for three days or more, you must take her to a vet. This step is necessary to escape any irreplaceable loss.  So, look for symptoms such as:
REASONS BEHIND YOUR CAT THROWING UP MORE

The main reasons include;

Taking meals in large quantities at a time is as harmful to a cat as it is to humans. When a cat eats more than the required proportion in a single meal, it makes her throw up all. This practice is common where more than one cat eats food in competition with each other.

Like some people, sometimes cats also do not care about the speed at which they feed. Eating too fast is not a good practice. This habit leads to incomplete chewing of the food. And ultimately, large food particles enter the stomach, which is hard to digest and cause to throw up.

For sure, cats don't know what to eat and whatnot. They try to take everything into their mouths that they like. Be it toilet paper, toys, springs, or balls. Such materials get stuck in their throat and get rejected by their bodies. As a result, they vomit.

A cat may also vomit if she is suffering from a particular type of disease. The most common ones among them include hyperthyroidism, gastritis, and irritable bowel disease. Also, they include adrenal gland disease, kidney issues, liver problems, and even cancer. These problems can end up in frequent vomiting.

Poisons react in the same way to cats as they do to humans. When a cat takes poison, her immune system combats against the foreign particles. As a result, she vomits to expel the toxicity out of the body. The toxics may include pesticides or even human medicines.

The more than usual throwing up by a cat is a must to treat especially if you see blood in your cat’s vomit. You must take immediate steps to make her feel natural and healthy. As possible measures, give her the required medication, only feed her at the right time, and make sure to provide her with balanced and appropriate meal proportions, and take her to the vet to get proper treatment.